Green is particularly fond of opera. This season, she will join the stages of Opera Zuid in the Netherlands, Grand Théâtre de Luxembourg, La Monnaie and Opera Ballet Vlaanderen. She will sing Gertrude in Gounod’s Romeo and Juliet, der Trommler in Ullmann’s der Kaiser von Atlantis, Suor Dolcina and the Seconda Sorella Conversa in Puccini’s Suor Angelica, as well as a Knappe & a Blumenmädchen in Puccini’s Parsifal, and finally, she will be one of the soloists in Mozart’s Concert Arias. She will also sing in Ishango, the Oratorio, with the Chamber Choir of Namur, at the Namur Concert Hall. Raphaële is delighted by these new roles.

One can discover her voice in the recording of Astor Piazzolla’s “Maria de Buenos Aires” with the ensemble ZVEZDOLIKI where she sings the title role. The CD was released by the label Antarctica in October 2018 and was widely applauded by the music press.

With great authenticity and an innate gift for the stage, Raphaële is quickly noticed and invited by the Théâtre Royal de la Monnaie, the Opéra Royal de Wallonie, and the Palm Beach Opera in Florida.

At ease in the most diverse repertoires, the artist is regularly invited to perform worldwide with both early and contemporary music ensembles. As of example, the company TRANSPARANT invited her to sing Zefka in Janacek’s “Diary of One who Disappeared” in a staging by Ivo van Hove at the Flemish Opera. She is also currently participating in the musical “Man of la Mancha” in the role of Antonia, a production carried by the Royal Flemish Theater (KVS), La Monnaie & the Theater of Liège. More information on this tour here. 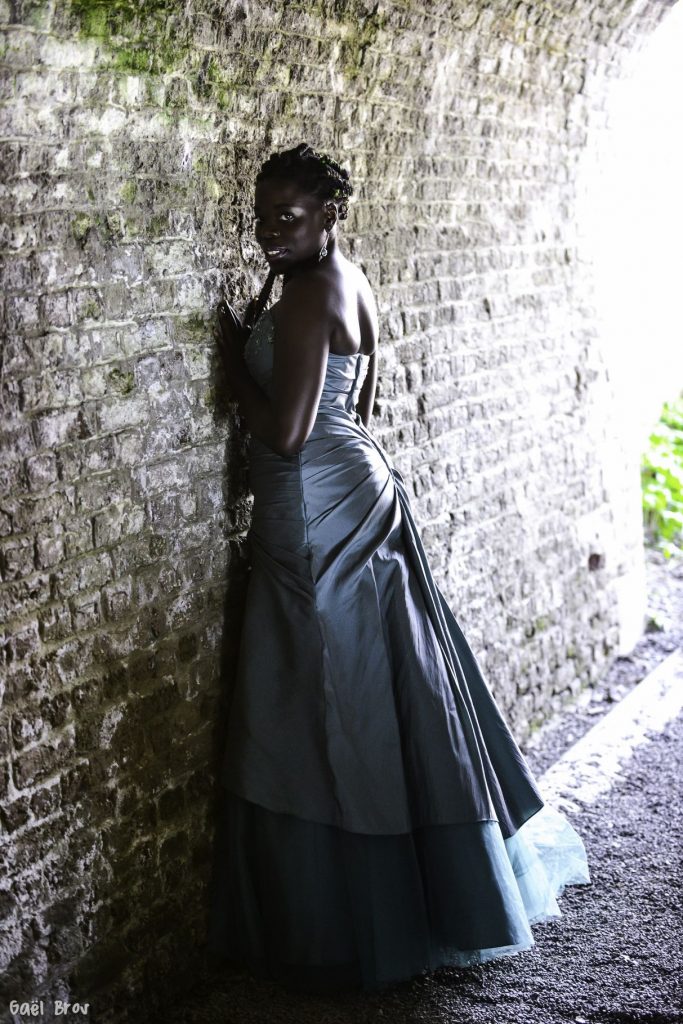 Raphaële has won several prizes in various vocal competitions in Belgium and abroad. In 2011, she won the third prize in the contest « Les Nouveaux Talents de l’Art Lyrique » of Ans, Belgium. She was First Prize and Public Prize at the Verviers « Prix Jacques Dôme » singing competition in 2012. In 2015, she won the First Prize, the Audience Prize and the « Summer Mosan » Special Prize in the International Competition Chant Bell’Arte in Braine-L’Alleud, Belgium.

In the same year, she was also awarded at the International Festival of Anniviers Festival in Switzerland. In the United States, she won the First Prize at the Gold Coast Chapter NATS Auditions in Miami, Florida, and the Second Prize at the Southeastern United States Regional Auditions in Deland, Florida. Back in Belgium, she won the First Prize at the International Music Competition « Triompe de l’Art » in Brussels, and the Klassiek Centraal award.

After studying Political Sciences at the University of Louvain (UCL), she continued her training in Classical Singing at the Institut Royal Supérieur de Musique Et de Pédagogie of Namur (IMEP). She graduated with high honours in 2014, in the class of Elise Gäbele, Ana Camelia Stefanecsu, Françoise Viatour and Benoît Giaux. In 2015, she joined the European Vocal Department where she continued her training in Lyric Art, notably with Patrick Leterme and Benoît Mernier.

Then, she left for the United States, where she continued to improve herself by joining the vocal studio of Mrs. Marilyn Mims in West Palm Beach, Florida. She stayed there for a semester and sang with the Palm Beach Opera.

In Belgium, she is a member of the MMAcademy, a youth academy of the Théâtre Royal de La Monnaie in Brussels. In 2017, she became MMAcademy Laureate.